Welcome to the Baháí Community of Brockville, Ontario, Canada. 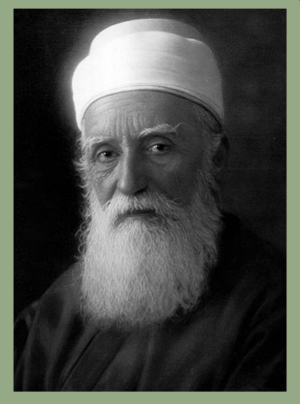 Abdul-Bahá the eldest Son of Baháulláh, was the Baháí Faiths leading exponent, renowned as a champion of social justice and an ambassador for international peace.

Following Baháulláhs passing, Abdul-Bahás extraordinary qualities of character, His knowledge and His service to humanity offered a vivid demonstration of Baháulláhs teachings in action, and brought great prestige to the rapidly expanding community throughout the world. 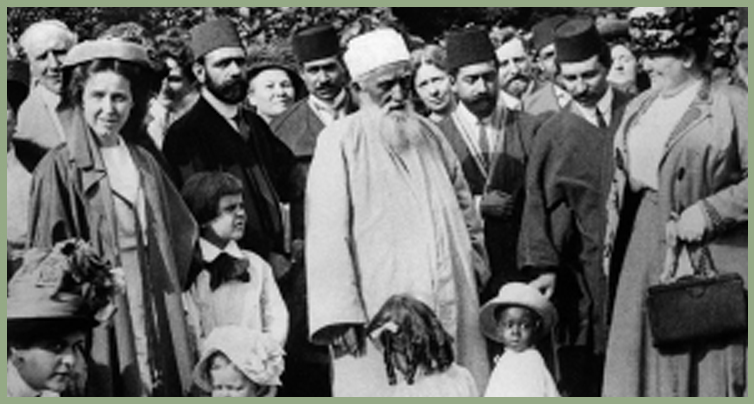 Abdul-Bahá devoted His ministry to furthering His Fathers Faith and to promoting the ideals of peace and unity. He encouraged the establishment of local Baháí institutions, and guided nascent educational, social and economic initiatives. After His release from a lifetime of imprisonment, Abdul-Bahá set out on a series of journeys which took Him to Egypt, Europe and North America. Throughout His life, He presented with brilliant simplicity, to high and low alike, Baháulláhs prescription for the spiritual and social renewal of society. 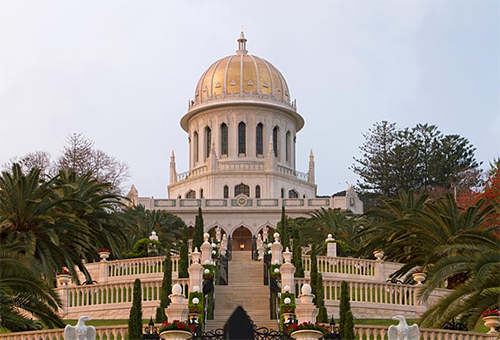 Abdul-Bahá passed away in Haifa at the age of seventy-seven in the early hours of the morning on 28 November 1921. The funeral, held the next day and attended by thousands of mourners, was a spontaneous tribute to Abdul-Bahás person. Representatives of the Catholic, Orthodox, and Anglican churches and of the Muslim, Jewish, and Druze Faiths; officials, led by the British High Commissioner for Palestine and the governors of Jerusalem; Arabs, Jews, Kurds, Turks, Europeans, and Americans followed the coffin up the slopes of Mount Carmel to the Shrine of the Báb, in one of whose chambers Abdul-Bahás mortal remains were laid to rest.