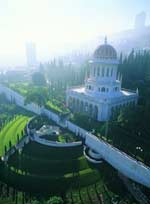 Women in the Bahá'í Faith 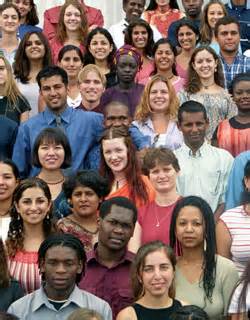 The Bahá'í faith is the youngest of the world's religions. Bahá'u'lláh, the prophet-founder of the Bahá'í faith, was born in Iran in 1817. Bahá'ís believe that while all religions have been ordained by God, the social teachings of religions have varied according to the needs of the age in which a prophet appears. The central theme of the Bahá'í message is the establishment of the unity of humankind in a single global society. This necessitates the establishment of a world government, the achievement of universal education, the elimination of all forms of prejudice, and the attainment of full equality of men and women. No other world religion has been quite as explicit as the Bahá'í faith in its support of the principle of the equality of men and women. Bahá'ís themselves proudly assert it as one of the distinguishing features of the new revelation. This equality does not refer solely to the spiritual plane, for Bahá'í scriptures explicitly state that there should be "no difference in the education of male and female in order that womankind may develop equal capacity and importance with man in the social and economic equation." They further assert that "women will enter all the department of politics." Yet the understanding of this principle varies considerably among Bahá'ís. Many support a higher evaluation of women's traditional roles, particularly in family life, but foresee little change in the roles themselves. Others call for a fundamental transformation of the very structure of relations in community life, which would incorporate values from Bahá'í scriptures.

Regarding family life, the secretary of the Guardian of the Bahá'í faith wrote on his behalf: "The task of bringing up a Bahá'í child, as emphasized time and again in Bahá'í Writings, is the chief responsibility of the mother." The Universal House of justice, the supreme governing body for the Bahá'í world, asserts that the corollary to this is that the financial responsibility for supporting the family rests with the husband. The exclusion of women from the Universal House of justice (which will be discussed later) has tended to perpetuate arguments for "separate but equal spheres" in other realms as well. At the same time, Bahá'í ideals for a new world order cannot be attained without a change in societal structures, with women playing a leading role:

The world in the past has been ruled by force, and man has dominated over woman by reason of his more forceful and aggressive qualities both of body and mind. But the balance is already shifting-force is losing its weight and mental alertness, intuition, and the spiritual qualities of love and service, in which woman is strong, are gaining ascendancy. Hence the new age will be an age less masculine, and more permeated with the feminine ideals — or, to speak more exactly, will be an age in which the masculine and feminine elements of civilization will be more evenly balanced. more